On 30 October, high numbers of six shearwater species were seen on a Limosa pelagic c 15 km offshore from Agadir. No wind, so most were floating on the water. Also three skua species in various plumages (Great, Pomarine and Arctic) and two dolphin species came close.

Officially, Great Shearwater (Puffinus gravis) is still a vagrant for Morocco, and Manx Shearwater (P puffinus) had vagrant status until a couple of years ago. We counted totals of 32 and 28, respectively, including flocks of five, which indicates that there is still much unknown about (sea)birds in Morocco.

From photographs, it was figured that less than 10% of some 500 ‘Scopoli’s/Cory’s’ concerned Cory’s Shearwater (Calonectris borealis), so the majority was Scopoli’s Shearwater (C diomedea), on migration from Mediterranean to southern Africa. 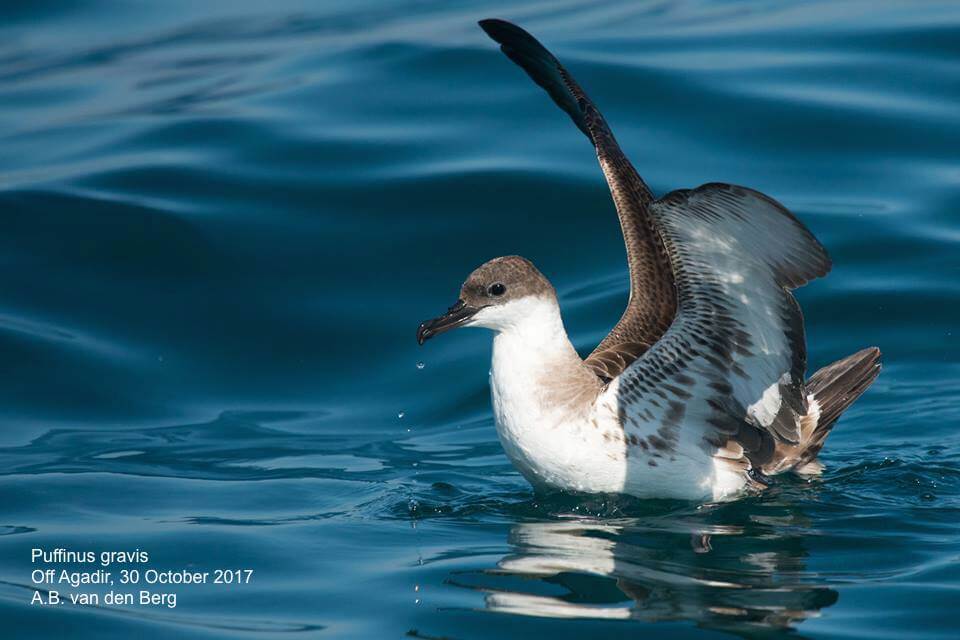 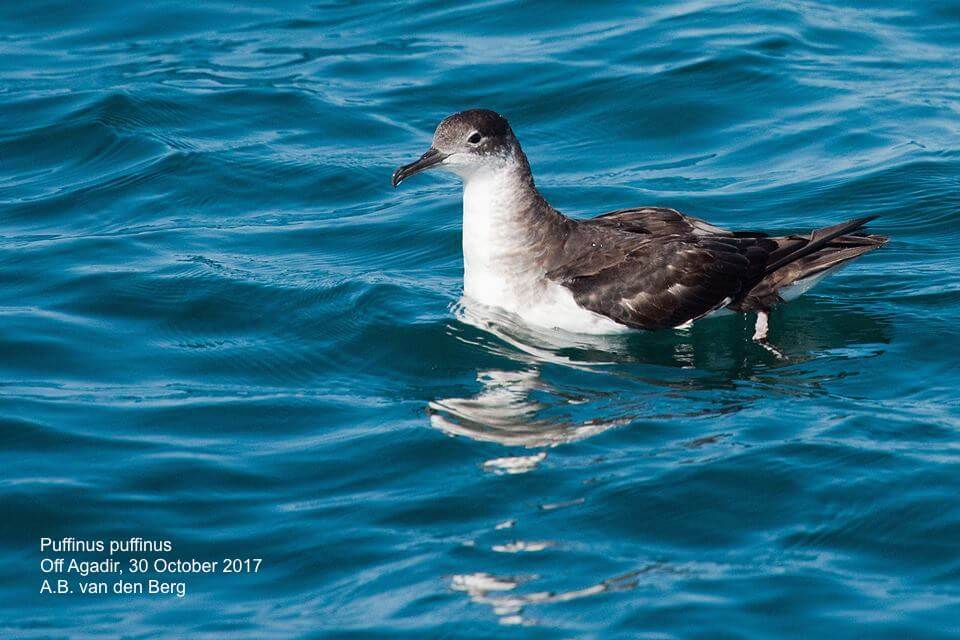 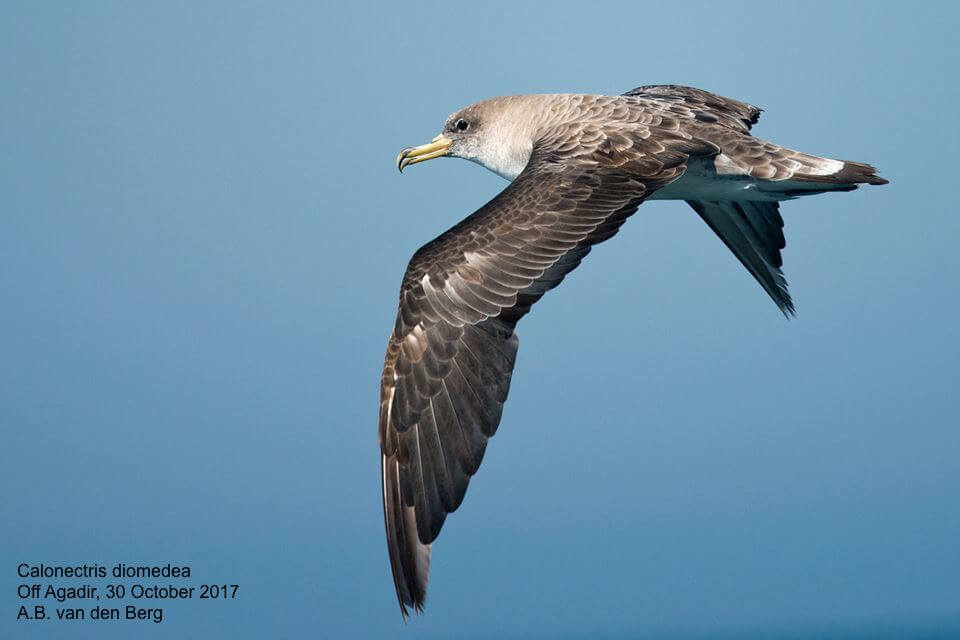 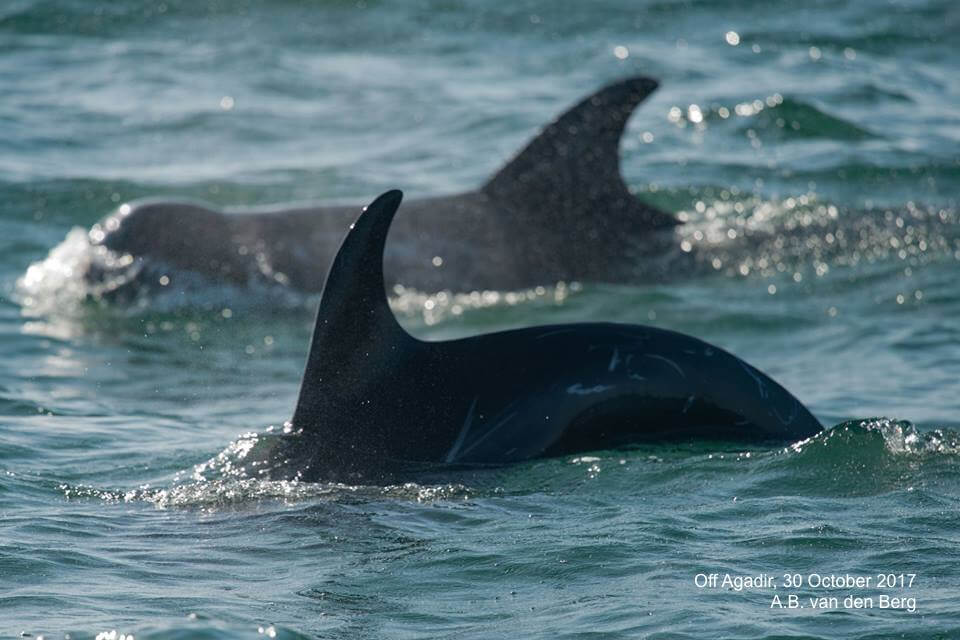 Lee G.R. Evans commented: ‘How did you separate Scopoli’s from Cory’s? Was there any significant difference in moult/wear?’ 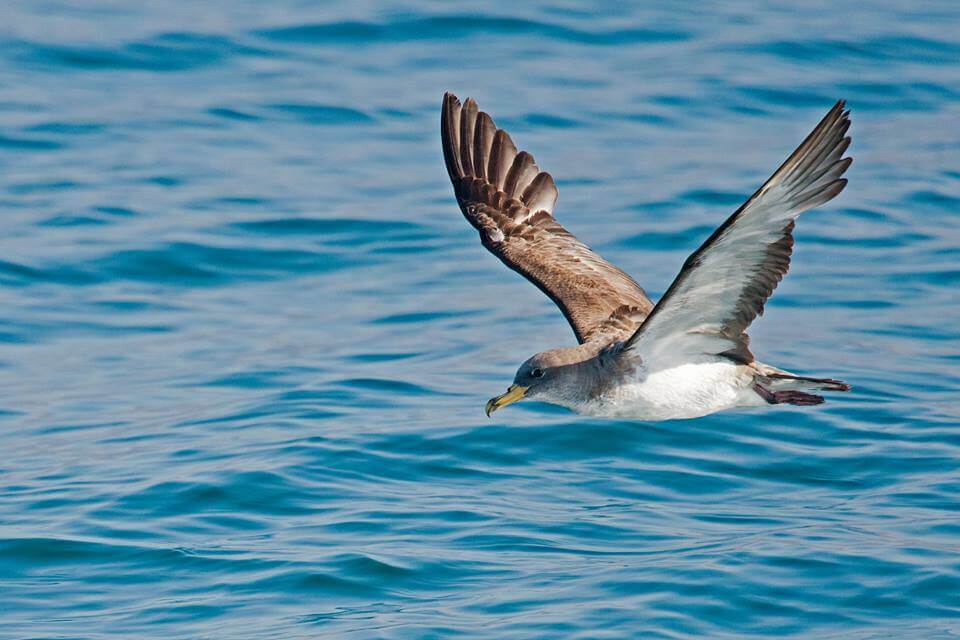 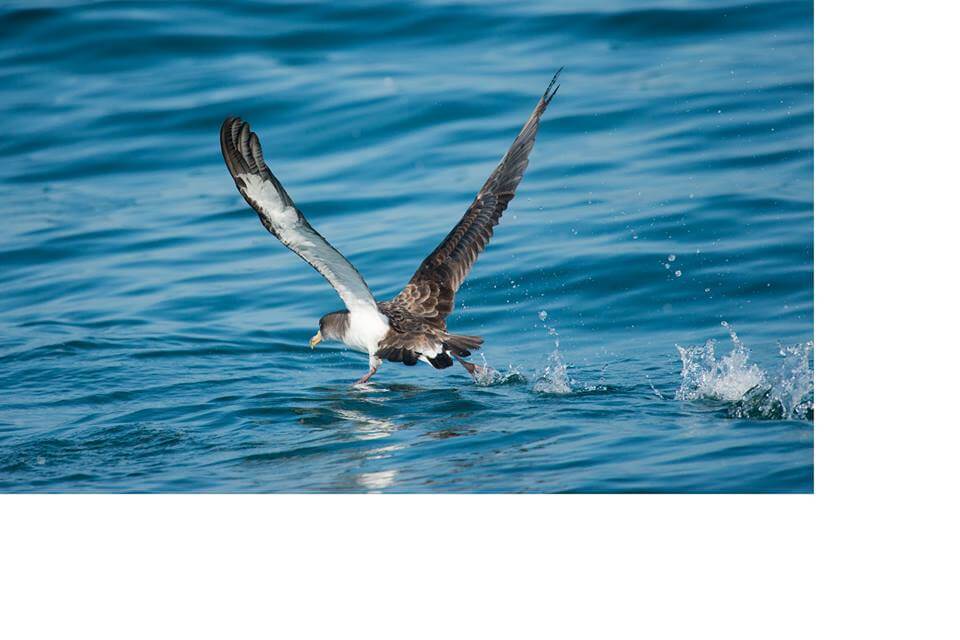