The Plain Swift Apus unicolor breeds only on the Canary Islands and Madeira in the north-east Atlantic. The populations of these two Macaronesian archipelagos are believed to be partly migratory, with an unknown proportion of the breeding population departing the islands during the winter months. Based on infrequent field observations it has been speculated that the wintering grounds of Plain Swifts leaving the Canary Islands is coastal north-west Africa and the adjacent hinterland.

Norton et al. fitted 16 Plain Swifts with geolocators at two breeding colonies on Tenerife, Canary Islands in July 2013. Two (geolocators H001 and H006) were subsequently recovered at one breeding colony the following May. Upon commencement of post-breeding migration, both Plain Swifts flew east then south and spent the majority of the winter months in the forests of eastern Liberia in equatorial West Africa.

The birds departed the Canarian breeding colony in October and November respectively. They spent the entire wintering period until March/April 2014 in the Upper Guinean forests of Liberia, Guinea and Ivory Coast before returning to Tenerife via overland routes through western Africa.

One bird (H001) made several abortive attempts at return migration, travelling from Liberia to the north-west African coast and back three times between 1 April 2014 and its final return to Tenerife on 2 May. It flew several times over the Atlantic Sahara.

The data demonstrate that for some birds this journey can be made in an extremely short timeframe.

This individual was trapped on 9 July 2013; it remained in Tenerife until the morning of 1 October. The data for the period to 18 October are unclear and the bird may have remained within the Canary Islands for this period. From 18/19 October the bird was located in Atlantic Sahara/Mauritania and made its way south to enter Liberia by 23 October. It remained within eastern Liberia and south-eastern Guinea until early April.

At the start of its return to the Canary Islands the bird then began a highly unusual series of movements, commencing with a flight to coastal Mauritania between 1 and 5 April. This appears to have been an abortive attempt at return migration, as the bird then heads south again and enters Liberia on 13 April. The bird is again in Mauritania on 16 April before heading south once more to Liberia until the end of April. On 30 April it heads rapidly north, reaching Atlantic Sahara at midday on 1 May and enters a cavity in the Canary Islands on 3 May. This bird therefore made two abortive attempts to reach the Canary Islands, returning from north-west Africa to the Upper Guinean forests for two short periods before finally completing its return migration.

This individual was trapped on 9 July 2013; it remained in Tenerife until the morning of 22 November. The positions for the next week show a rapid movement south and east towards Liberia. The week after that shows it to be in Guinea/Liberia.

H006 remained in equatorial West Africa between late November and late March, and between 28 and 30 March was most likely within Senegal/Gambia/Guinea Bissau. By 12 April the bird had reached the Canary Islands and began roosting within a cavity. 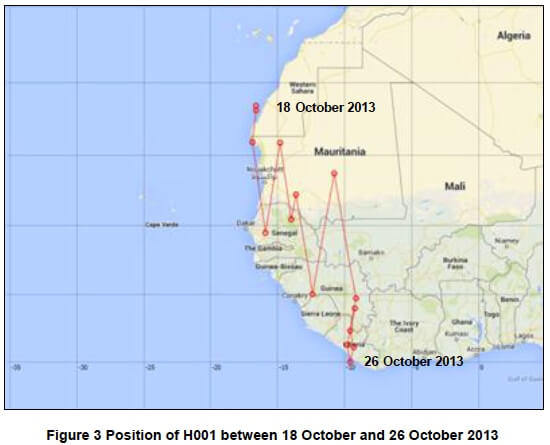 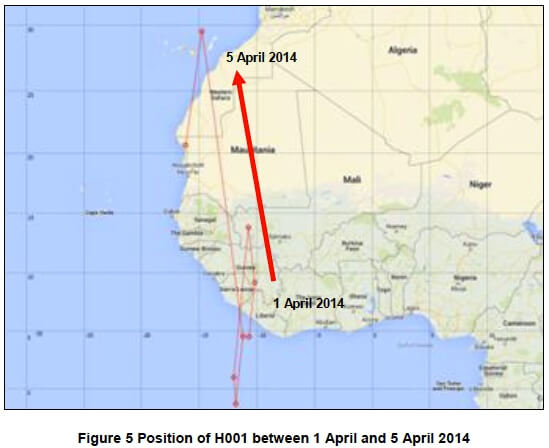 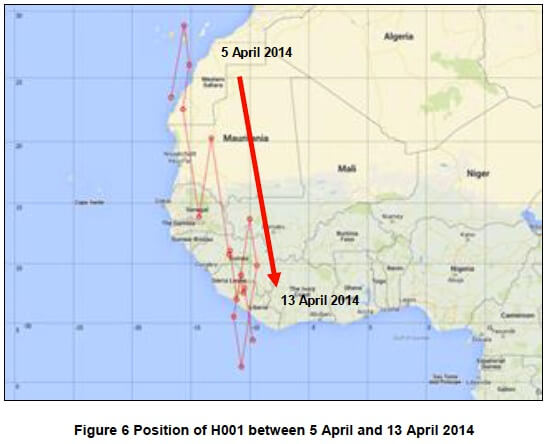 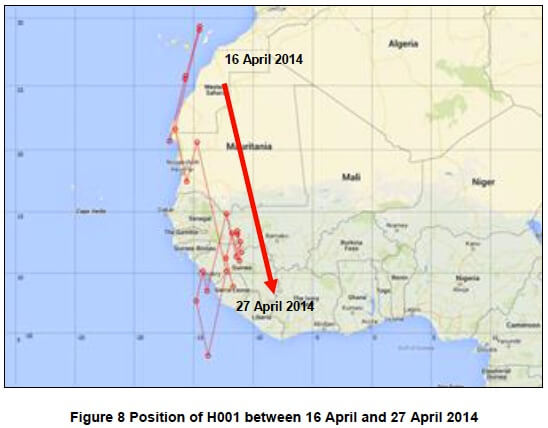 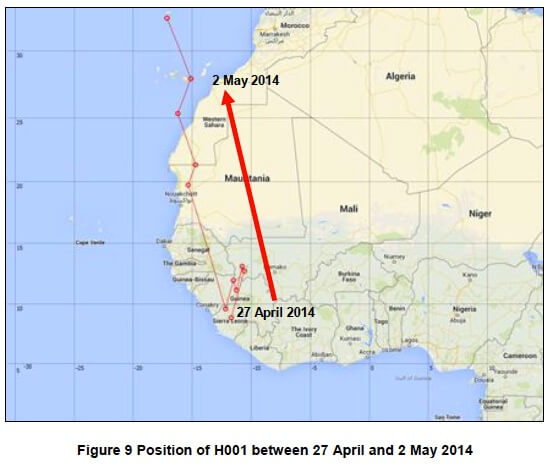 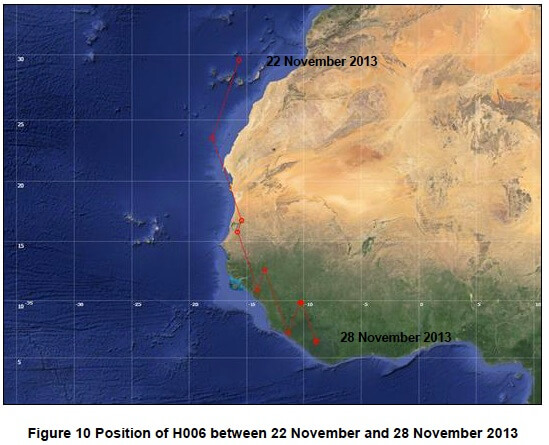