Nestling hybrid spotted eagle has been equipped with a 30 g tracker in August 2015.

The track showing the most recent 20,000 positions is displayed in a map below (Fig. 1) that is streamed in near real-time from the bird via Movebank. 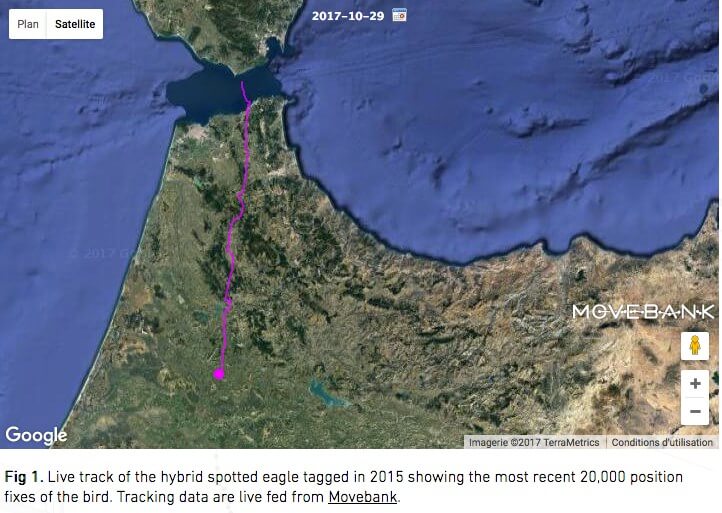 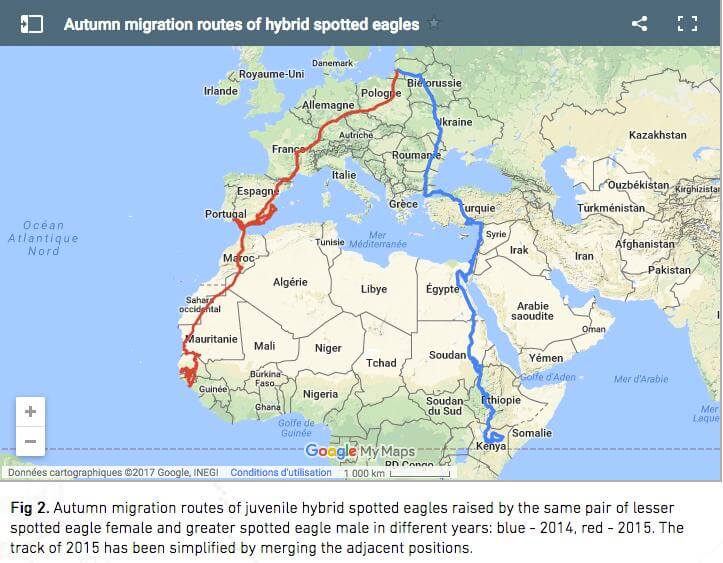 The full track of this bird could be viewed on Movebank study « Hybrid Spotted Eagle Lithuania GPS 2015 » where tracking data is live fed from the transmitter.