The recent Sound Approach week at Oued Jenna and Aousserd in the third week of March 2018 was hampered by extremely bad weather. Almost every day and night, the wind was too strong for sound-recording, also bringing a lot of dust and sand in the air, and temperatures were as low as 12C in the morning.

In addition, access to some areas was prohibited because of troubles at the La Sarga fishing village at the southern tip of Dakhla peninsula, and (again) military activity around Aousserd. Despite all this, we enjoyed some nice birds.

All lark species were seen but not one individual was singing. So, there was less song activity than in December. I do not know this was caused by the weather or by the absence of rain for too many months.

Black-crowned Finch-Larks (Eremopterix nigriceps), which were difficult to find in December, were now numerous in flocks of up to 30 at Oued Jenna. Dunn’s Larks (Eremalauda dunni) were again easily seen along the road between Dakhla and Aousserd but they were not vocal this time. Also, at Aousserd, we photographed a ‘shortly-billed’ Maghreb (Long-billed) Lark (Galerida macrorhyncha) at exactly the same spot where we briefly sound-recorded three individuals in mid-December 2017 (see picture below). Despite images and sounds, the identification is still regarded as uncertain; some suggested G. m. randonii or even senegallensis, which would be new for Western Sahara.

At Dakhla Bay, a roosting flock of up to 30 African Royal Terns (Sterna albididorsalis) was present but we had no other orange-billed tern species. A foraging Reef Heron (Egretta gularis) on the flats of Dakhla Bay on 17 March deserves a special mentioning (A.B. van den Berg, K. Mullarney & C. Bosman) 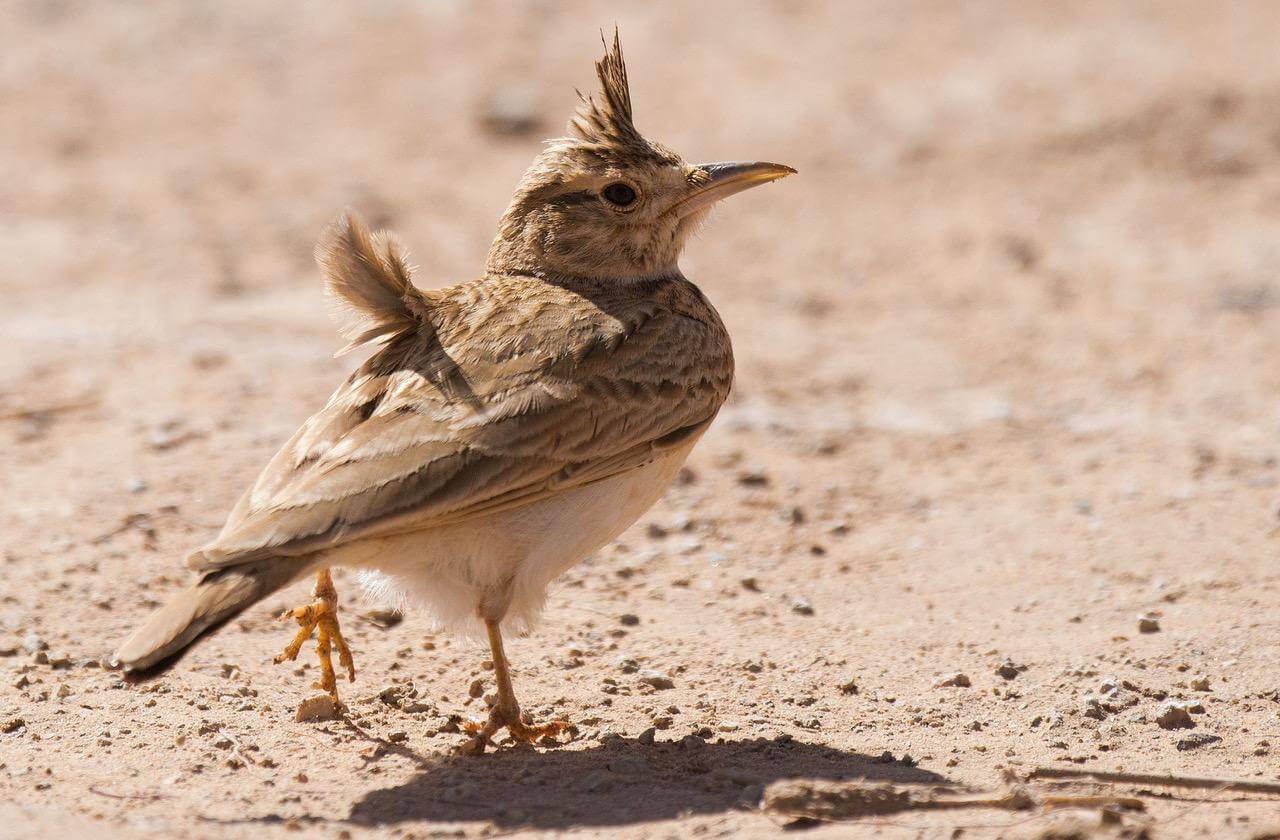