At ‘Marais du Bou Regreg, Rabat-Salé’, c.600 Cattle Egrets seen in the marshes and visible in one side of the heronry but actual number could be up to 1000 birds, as numbers seem to increase towards the end of the day.

Also, 54 Glossy Ibis in/near the heronry (Effective count of all the birds seen at the same time, when possibly flushed by a shepherd. Actual number of birds in/around the colony should not be very far from this) (Pedro Fernandes, eBird) 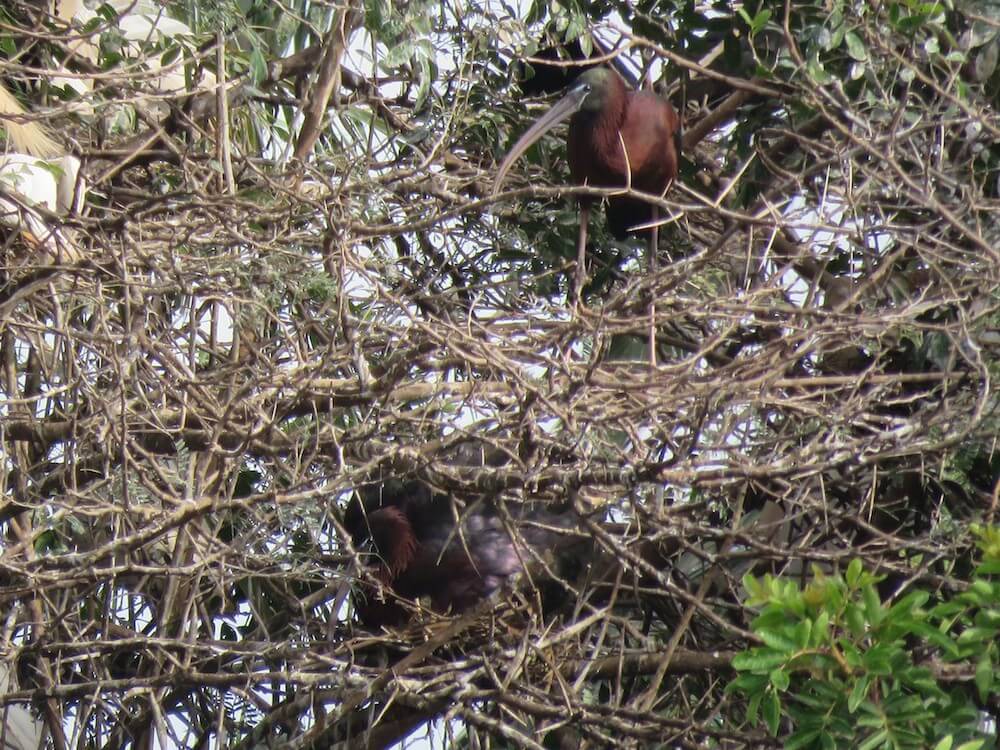 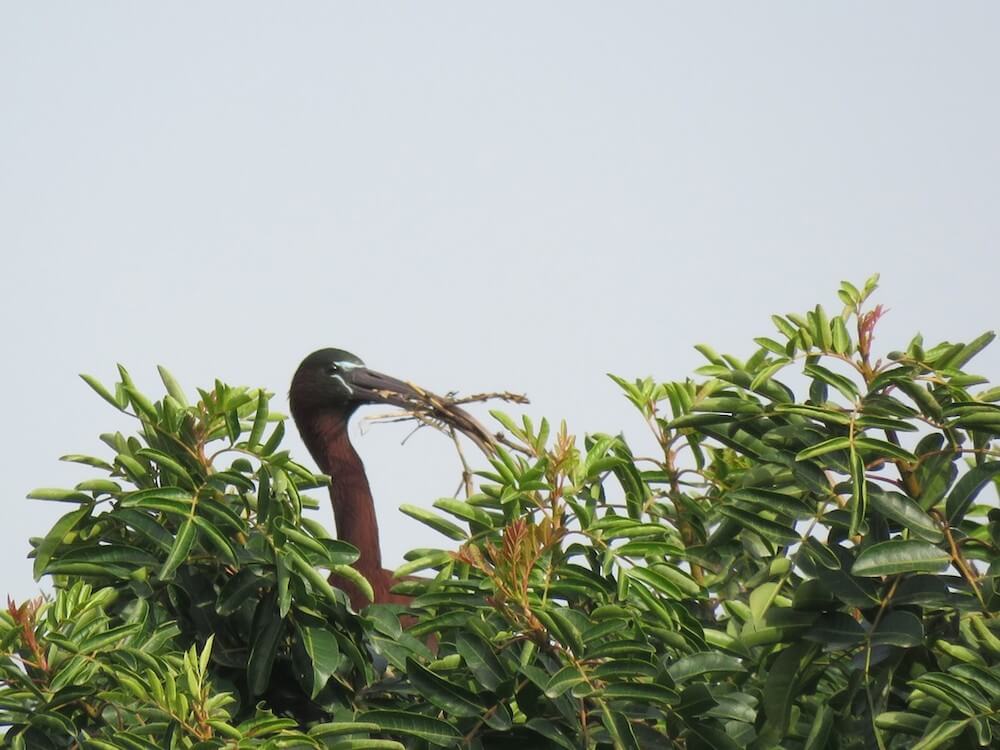 First noted activity in the heronry during the last week of February (see: http://ebird.org/ebird/view/checklist/S34876163 ). Talking with a farmer (who was kind enough to teach me the name of a few birds in Darija), learned that both herons and ibises nested there, and my interpretation is that he meant in previous years. From afar I could see some birds in the trees (Pistacia atlantica? Maybe also in Arundo donax? And Phoenix dactylifera?), but it was only today that I could see nests, carrying of materials and courtship.

Have been keeping an eye for other herons in the colony. I believe there is a pair or more of Little Egrets. On two different occasions I have seen juvenile/immature singletons of Night Heron, but never when the heronry was active. So far have not seen Grey Herons that look like they could be nesting in the area, numbers seem to have decreased recently as, I assume, birds go elsewhere to breed. Purple Heron have only seen twice and during migration. I am yet to see Squacco Heron (which could conceivably breed in such a colony), or Little Bittern (which I think has no habitat available in the area).