Peter Stronach and Bob Swann have just returned back from a trip to Western Sahara along the Aousserd road: ‘We recorded Golden Nightjar and a single juvenile Sudan Golden Sparrow whilst birding at Oued Jenna, details below. Also whilst there we recorded breeding Short-toed Eagle in one of the acacias in the north side.

On the 20th April we heard no singing birds from the road so decided to go and check Point 1 and 2 from the previous night, there was no activity there. We then recorded another singing bird, this was found east of the Oued in the grassland and bare ground areas at 22°41’17.5″N 14°29’12.2″W (Point 5) 900m from points 1 and 2 and 1.2km from the males recorded on the road. Again possibly due to the full moon we could not get close to it.

A map with all the points shown on google maps is on this link.

Our best estimate is that there were four males present in the area. A few points from our brief time with them:

Unfortunately on the 20th April a Dutch birding team found a dead roadkill male Golden Nightjar at Point 4. This has been brought back and will be sent to the Zoology museum in Amsterdam. The weight was 63.6g, which fits with it being a male based on the figures in the Handbook of the Birds of the World, but this will be checked with DNA testing. 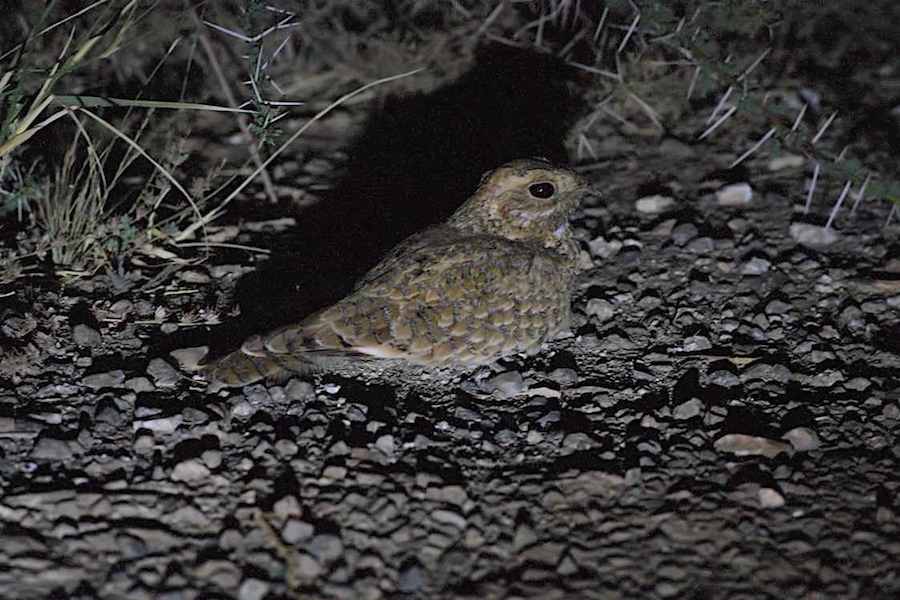 We had a single juvenile individual on the 20th April in the morning with a large flock of Desert Sparrow on the north side close to the road. There were amazing numbers of Desert Sparrow present, we counted 250 in the north part of the wadi alone. All feeding on the seeds of the grass growing in the wadi, as well as on locusts. We searched the wadi several times later in the day and the following day and could not relocate the sparrow. 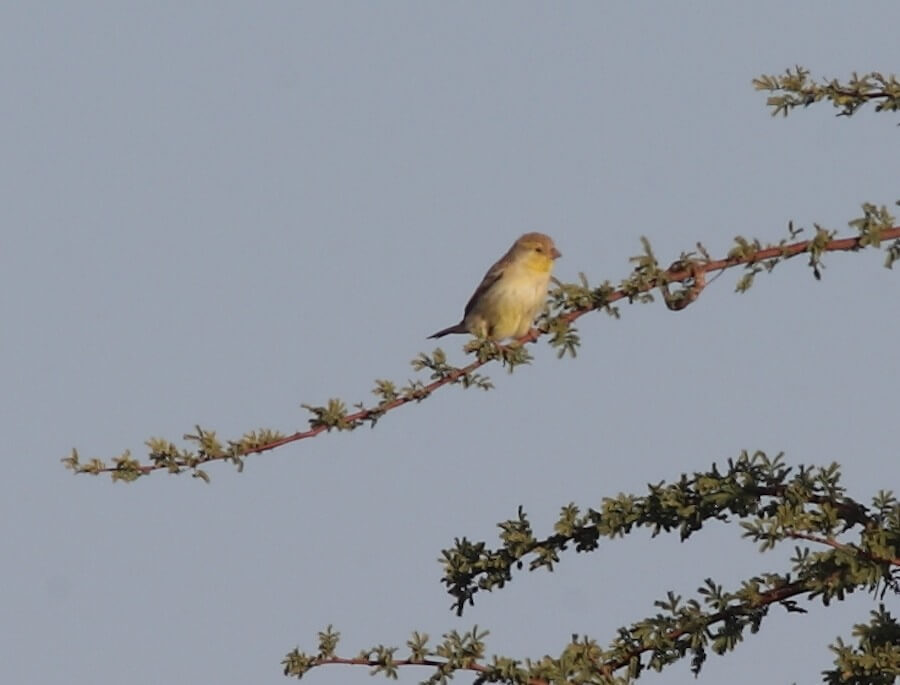 We found a nest of Short-toed Eagle in the north part of Oued Jenna, this contained a single egg. (2nd breeding record for the area, see https://go-south.grepom.org/wp-content/uploads/2014/07/gsb_8_114-124.compressed.pdf) 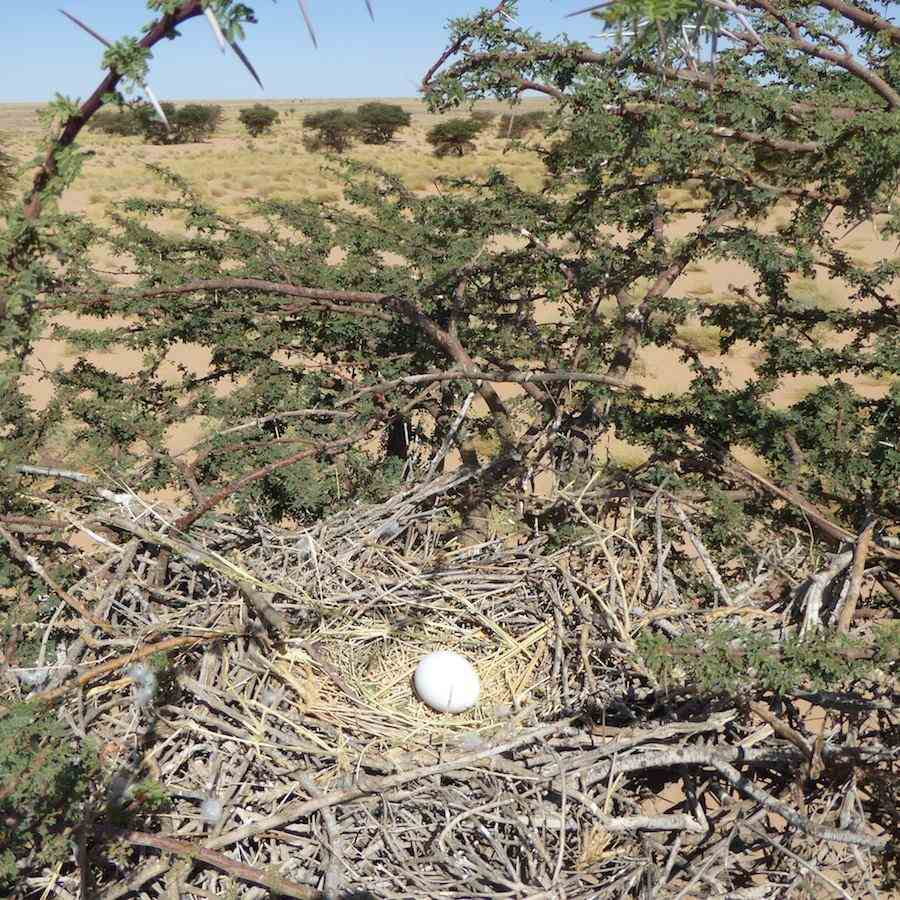 Other observations. Much of the desert vegetation was very desiccated compared to what Bob saw during his visit in January. This was particularly true of the areas that had been favoured by Dunn’s Larks. As a result we saw very few Dunn’s Larks suggesting they had moved out. Black-crowned Sparrow Larks were still present in large numbers with high numbers of juveniles suggesting good breeding success’